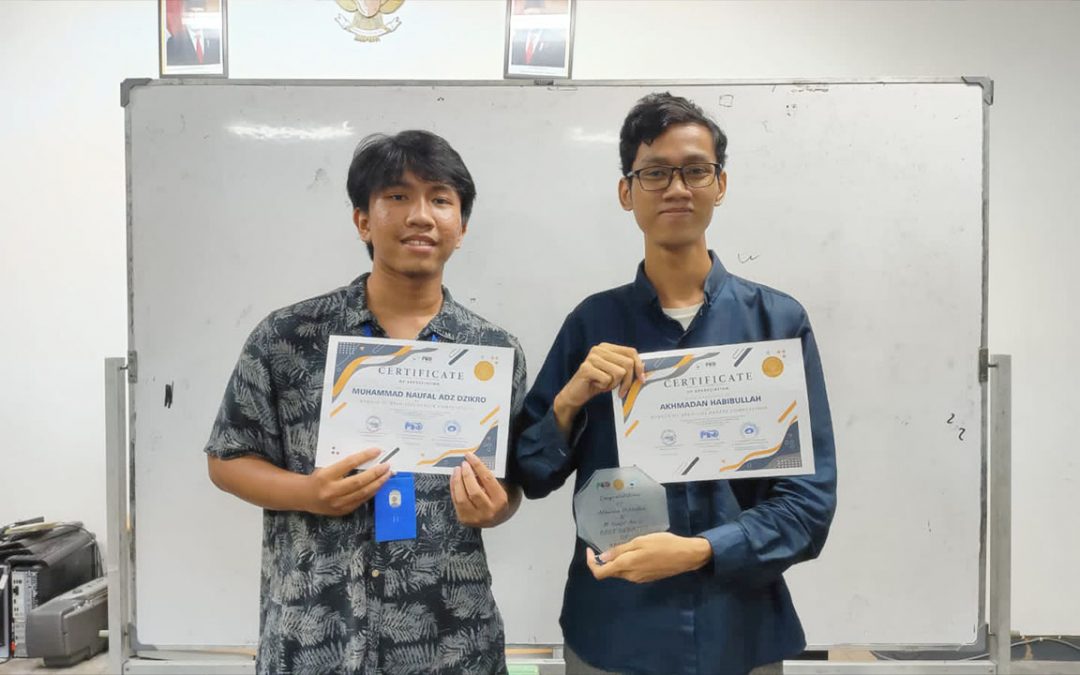 Students who are members of the EEPIS 1 Team are Muhammad Naufal Adz Zikro from the Bachelor of Applied Telecommunications Engineering Study Program and Akhmadan Habibullah from the Diploma 3 Telecommunications Engineering Study Program. The team chaired by Muhammad Naufal followed four stages of selection, namely the preliminary round, quarter-final round, semifinal round and final round. themed Social Inequality, The EEPIS 1 team succeeded in eliminating all participants in the competition which was held for seven days.

In this English Olympiad, Muhammad Naufal admitted that he had prepared as well as possible. “Of course we practice to the maximum a week before the competition. We were assisted by seniors who already had a lot of flying hours in debate competitions. Besides that, the lecturer also always gives an assessment when we are practicing," he said. It is hoped that the achievement of national achievements by EEPIS students will motivate other students to build a spirit of competition and achievement. (Ina/rif)