Creating a Security System, EEPIS Organizes Training on the Use of Eagle Eyes 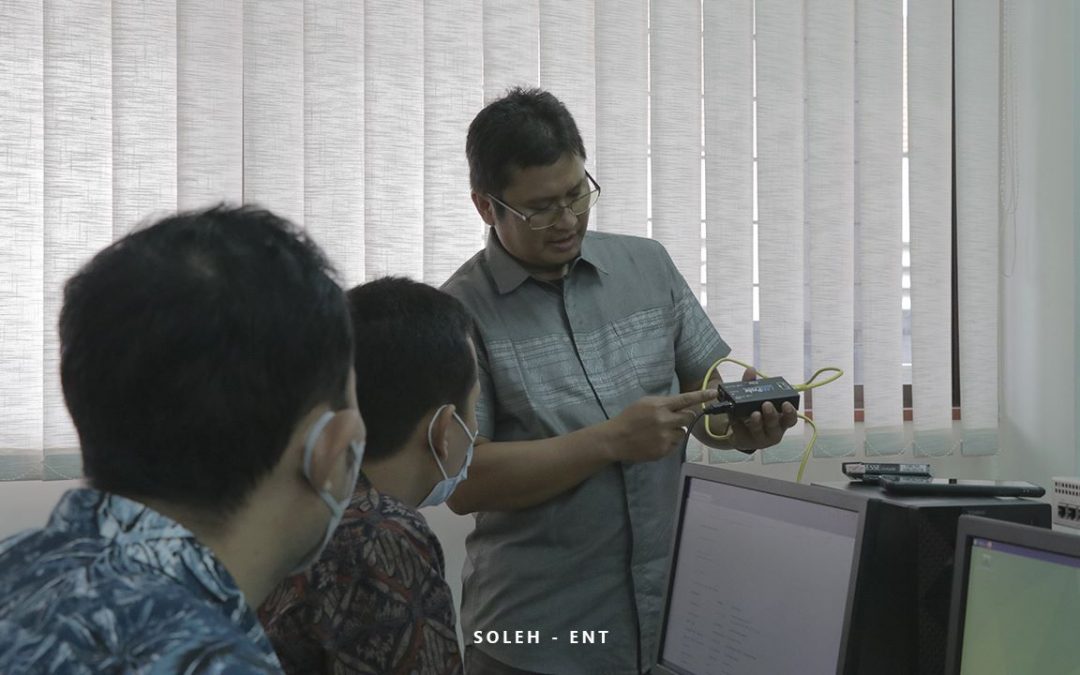 Surabaya, pens.ac.id – Mata Elang is the result of research and work from the Bachelor of Applied Informatics Engineering study program at the Electronic Engineering Polytechnic Institute of Surabaya (PENS) in the form of a security system. Through this training, Mata Elang was introduced as a system that can detect intrusions or attacks that enter the system infrastructure on a network. Taking place at the Network and Computer Laboratory of the D4 PENS Building on Friday (18/11), this activity was attended by participants from the East Java Communication and Informatics Service, the East Java Regional Revenue Agency (BAPENDA), the Java Regional Finance and Asset Management Agency (BPKAD) East, and RSUD Dr. Soetomo.

The series of events were divided into two sessions, the first session was an explanation of the concept and benefits of the Eagle Eye. As Intrusion Detection System (IDS) or intrusion detection system, Mata Eagle has registered a copyright since 2018. Even though it uses a sensor, Mata Eagle is different from other IDS, the sensor in Mata Eagle is based docker so just need script to run it.  Sensors can also be distributed even though they are in different networks.

In the second session, every participant present had the opportunity to directly try the procedure for running the Eagle's Eye. "With Mata Elang, we want to contribute regionally, especially for East Java," said Dr. Ferry Astika Saputra as speaker and guide in the second session. Because this Eagle Eye is IDS open-source, Currently, all parties can access information about Mata Elang via github and how to run it. "With this activity, it is hoped that next year the Eye of the Eagle will begin to be used," he added. (run/irf)