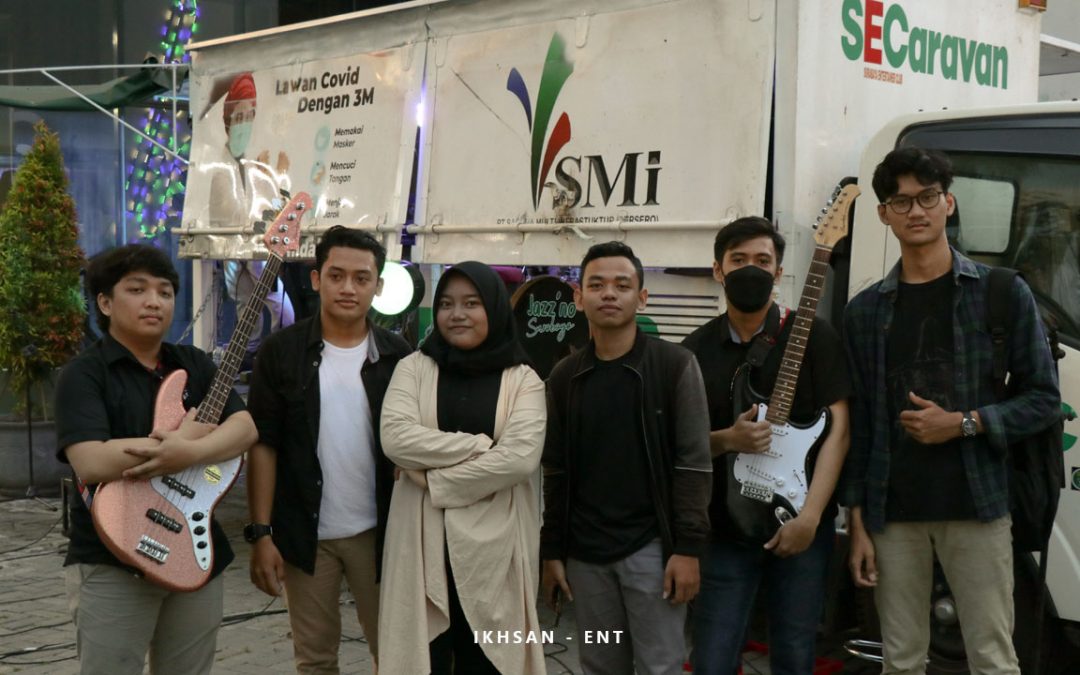 Surabaya, pens.ac.id – Student Activity Unit (UKM) of Electronic Engineering Polytechnic Institute of Surabaya (PENS) after showing off their best performance at the Surabaya Jazz Night activity on Saturday (1/10). The activity, which took place at Suara Surabaya Center, was attended by several music communities from both campus and the general public. Delegating a band consisting of six personnel, UKM Musik PENS successfully performed the song "Overjoyed" by Stevie Wonder and several other jazz pop music. The band successfully performed performance the best in this activity organized by Jazz Versity – ITS Jazz.

The PENS Music UKM started its performance at 17.00 WIB with the song "Overjoyed" by Stevie Wonder which was the first song. The performance of the song was successful in inviting the enthusiasm of the audience who were present. The enthusiasm that the Music UKM gets is the result of their hard work and efforts. The six members prepared for their performance within a month and there was a struggle for one of the vocalists to continue to do their best even though he was in a state of recovery. "Yesterday after returning from the Hospital (RS), I continued to practice and immediately went to the Surabaya Jazz Night activity," said Mauren as one of the vocalists of the Music UKM.

The performance of the PENS Music UKM ended quite lively and amazed the audience of the Surabaya Jazz Night Festival. "I think the PENS Music UKM is cool, the sound is stable, and the band is compact," said Anisa as one of the audience. After the performance, it is hoped that it will become an arena for self-development and foster enthusiasm to actively contribute to various activities outside the campus. (may/irf)