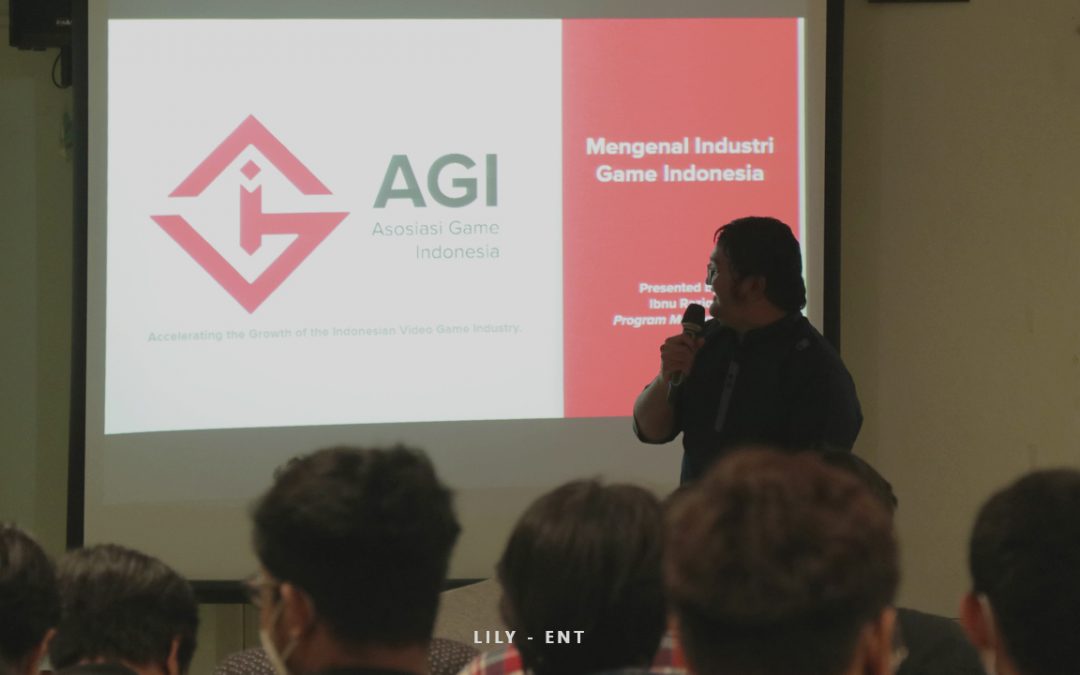 Surabaya, pens.ac.id – Game Technology Study Program and GameKita Community collaborate on events talkshow entitled "Knowing the Game Industry and Game Development" on Thursday (15/8). Located at Mini Theater Lt. 6 EEPIS Postgraduate Building, the event was attended by two speakers from the Indonesian Game Association who are also PENS alumni. The first presenters were Ibnu Raziq as Co-Founder of GrinSmile Studio who presented material about the game industry and Muhammad Yusuf Prastomi who provided material on game development.

This activity is not only followed by Game Technology study program students. Also attending were students from other study programs such as Multimedia Engineering Technology Study Program and Informatics Engineering Study Program. The mini theater room was immediately filled with participants as soon as the opening of the event began. At the beginning of the event, the MC opened and explained the rules that must be followed during the event talkshow then continued with the presentation of the material.

Ibnu started by explaining the material that was able to attract the attention of the participants with his relaxed demeanor. In his material, Ibnu said that the Indonesian government is now supporting the industry game Indonesia to develop and expand the market game local to overseas. Ibnu motivates PENS students to dare to build their own game studio and develop game products with original ideas. The participants paid close attention to the material while occasionally laughing at the speaker's jokes.

The material session was then closed by the presentation of game development technicalities by Yusuf and continued with a question and answer session with prizes mouse. The enthusiasm of the participants was seen by the number of participants who raised their hands to ask questions. Activity talkshow This success went smoothly even though there were obstacles in the form of miscommunication between the committee. “There was a little miskom, but the event was still a success and it is hoped that EEPIS students will know about the industry game and interested in developing products game local,” explained one of the committee talkshow namely Aradhana Luqman. (rif)