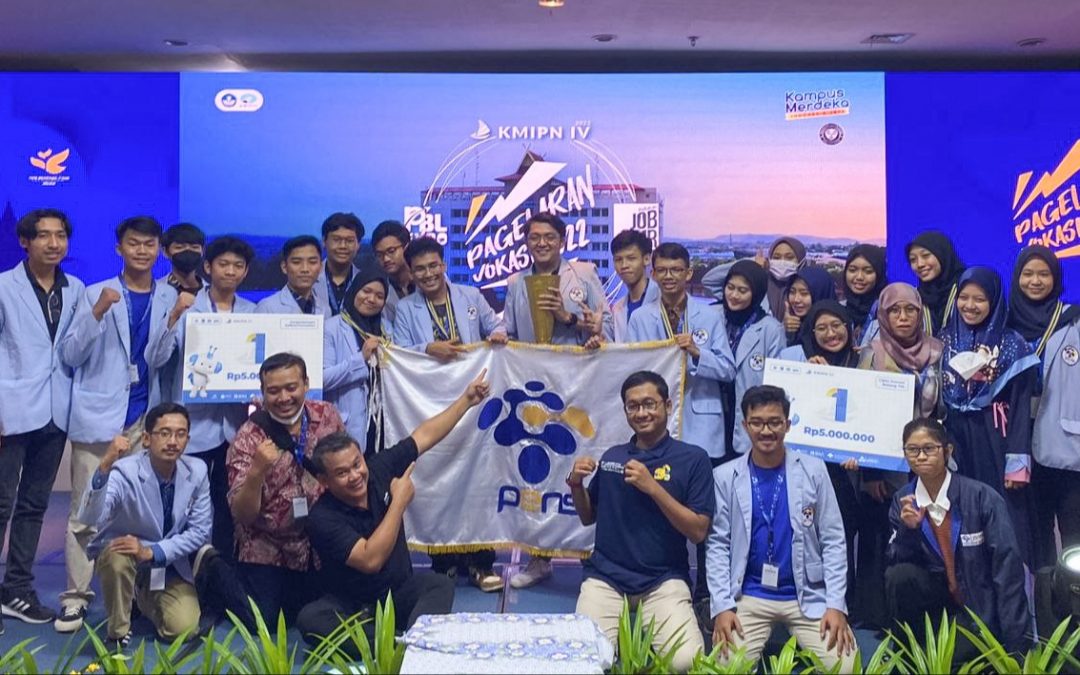 Surabaya, pens.ac.id – The closing of the IV National Polytechnic Informatics Student Competition (KMIPN) was followed by a delegation from the Electronic Engineering Polytechnic Institute of Surabaya (PENS) on Wednesday (4/8). Hosted by Batam State Polytechnic (POLIBATAM), on the night of the highlight of the event there was an announcement of winners from various categories being contested. This time, PENS successfully defended its General Champion title by winning various awards including 1st place in the Cipta Innovation division by the Maca Santara Team, 1st place in the Game Application Development (PAP) division by the Boku No Fanya team, and 1st place in the E-Government category by the IAM team. Not only that, the N1MDA team from the Cyber ​​Security field and the Gefosa team from the Internet of Things (IoT) category each managed to donate the Best Write Up and Best System awards.

Carrying the theme "Indonesia is Getting More Capable" Informatics”, the implementation of the competition which was attended by 628 teams from all categories has a difference from the previous year, namely KMIPN being part of a series of 2022 Vocational Performances. The categories contested consist of Hackathon, Cyber ​​Security, E-Government, Business Planning in The fields of ICT, Animation, IoT, Creating Innovations in the ICT field, and PAP. These eight categories have gone through various stages since last March such as team registration and submitting proposals, preliminary rounds for stages one and two, and the final round. The registration and elimination stages are carried out separately courses while the final round was held separately offline.

Various preparations have been made by the EEPIS delegation. According to Endah Maulidya as a participant in the PAP PENS, the entire team received guidance and training with the team of lecturers from the Internal EEPIS. Obstacles were also experienced by the student team who is often called Endah. "We discuss every obstacle that exists with our supervisors and coaches, in order to find a solution to these obstacles," he said.

The closing of the event was what the EEPIS Delegation and the participants had been waiting for after struggling to give their best results. Held offline in the Auditorium Room of POLIBATAM's 2nd Floor Main Building and broadcast live on Polibatam TV's official YouTube account, EEPIS representatives were seen shouting jargon every time a team won. The event which was also attended by Iwa Sudradjat, ST. MT. as the Chairperson of the Polytechnic Student Coordinating Board (BAKORMA), the Chairperson of the 2022 Vocational Show, namely Afdol Zikri, MT., Director and Deputy Director III of POLIBATAM and Polytechnics throughout Indonesia. It is hoped that with the end of the competition, PENS can better prepare and support students in participating in competitions, especially KMIPN the following year. (have)