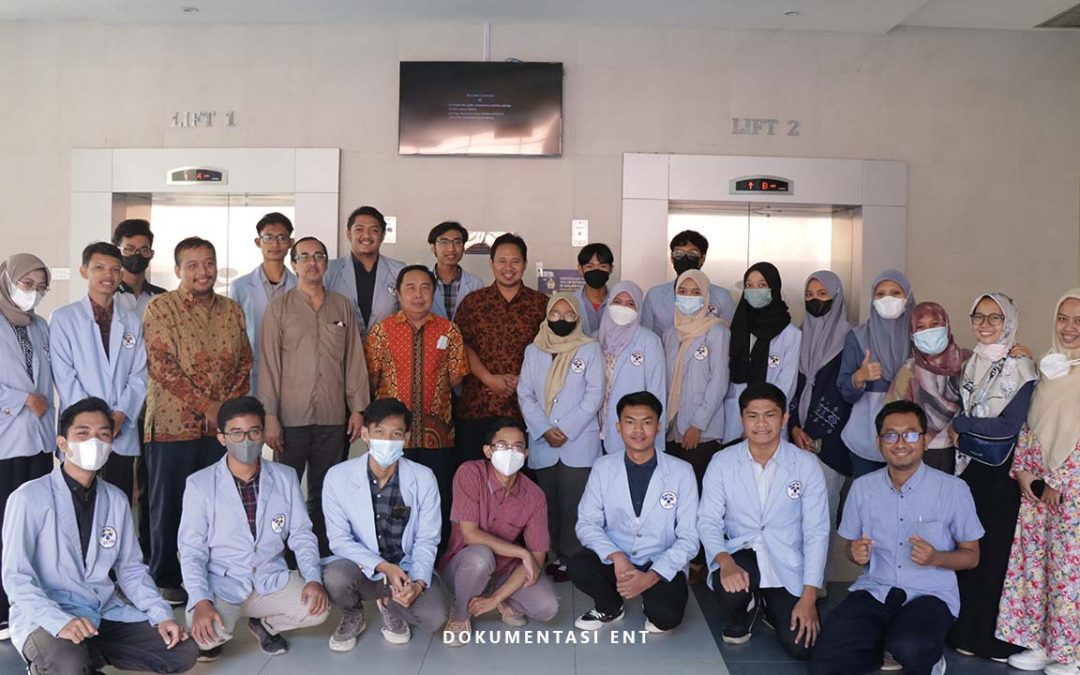 Surabaya, pens.ac.id – Located in the Cafeteria Room on the 5th Floor of the Electronic Engineering Polytechnic Institute of Surabaya Postgraduate Building (PENS), the Contingent Release for the IV National Polytechnic Informatics Student Competition (KMIPN) was held on Friday (29/7). Also attended and released the contingent, Ali Ridho Barakbah, S.Kom., Ph.D as the Director of EEPIS, Deputy Director for Student Affairs and Human Resources, namely Dr. Tri Budi Santoso, ST, MT as well as several accompanying lecturers and supervisors. On this occasion, there are nine teams that will advance to the final round of KMIPN at the Batam State Polytechnic (POLIBATAM) for four days starting from Monday (1-4/8).

The team that made it through to the final stage consisted of five branches of the competition category including the Maca Santara Team from the Cipta Innovation division in the ICT Sector, and the N1MDA Team which participated in the Cyber ​​Security category. The SMOX and Gefosa teams who passed in the Internet of Things (IoT) field as well as the Hurricane, Dream Time and Boku no Fanya teams in the Game Application Development category. In addition, the IAM Team and the Work Solution Team successfully passed the E-Government field. The entire team has been preparing for five months, starting from the preparation of the proposal to the presentation practice for the final round.

The release of the KMIPN contingent began with giving directions by the supervisor. Starting from providing departure information to things that need to be prepared. Not only that, in order to get to know all the members of the finalist team, a small game was also held and the participants seemed enthusiastic to follow it.

Then followed by remarks from the Director and Deputy Director of Student Affairs and Human Resources of PENS in the form of an expression of gratitude and hope that the EEPIS delegates can strive to the maximum to bring the name of the institution. Even though he was confident in the ability of the contingents, Ali Ridho Barakbah did not forget to remind that he should not underestimate other KMIPN participants because of the General Champion titles achieved by EEPIS consecutively. “Indeed, the title can be a trigger and trigger for you to become better. Hopefully you will be successful and give your best at the KMIPN event later," he concluded. (have)