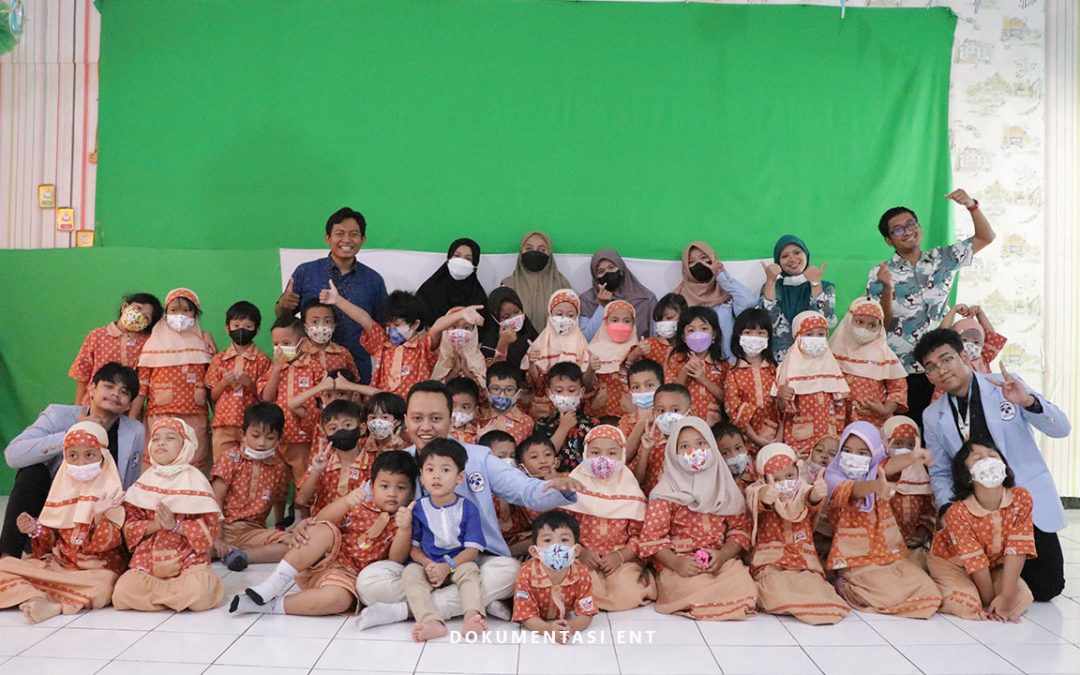 Surabaya, pens.ac.id – Undergraduate Study Program for Applied Game Technology at the Electronic Engineering Polytechnic Institute of Surabaya (PENS) after inviting young children to play game technology based interactive projection on Wednesday (20/7). As a form of community service, this activity is located at the Ten November Kindergarten. The EEPIS delegation students and their supervisors succeeded in creating a cheerful atmosphere until the activity ended.

Named "Number Pedia“, the game can be used to learn and play. In this case, game will be displayed on the wall by the projector, while the hands will play on command game and motion captured by webcam. After that, the choice of numbers by hand will be processed by the system for correctness.

All kindergarten students and teachers have been preparing since 08.00 WIB. The team consisted of Game Technology study program students consisting of Farhan Muhammad, Ryan Ramadhan Lazuardy, Marvel Nathanael, Savilla Tifania Mahadewi, and Salsabhilla Anggraeni Wardani. As a Final Project (TA) from Farhan, this technology has also passed the first round of the Student Creativity Week (PKM). Therefore, team members try to continue to test performance and improve if there are deficiencies in the equipment game the technology.

After all students have had the opportunity to play, the activity ends with the delivery of gifts in the form of game Number Pedia along with the user manual. "Ranges It was created so that children can play game without having to stare at the gadget. Hopefully it can continue to be developed by adding objects other than numbers," said Aris Sudarianto, S.St., MT as the person in charge of the activity. (suc/ten)